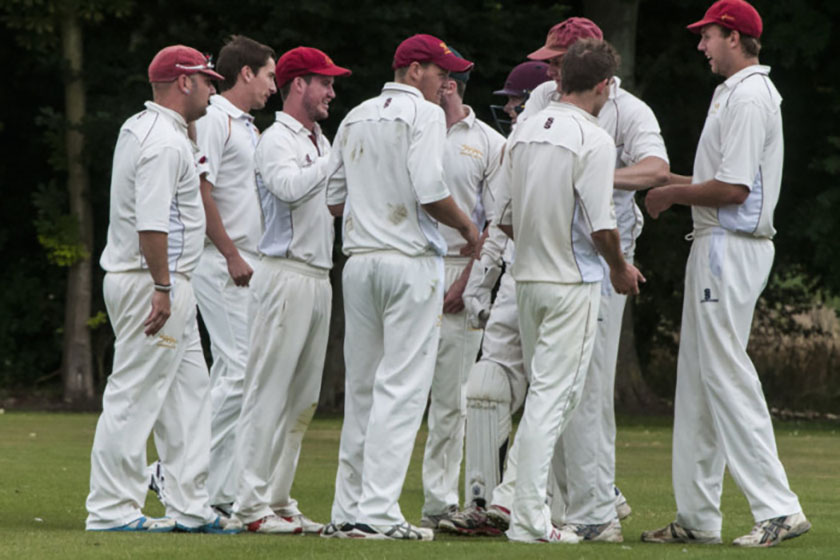 “Attitudes need to change in Garby’s fight for survival”

“Danny Cash has warned his Garboldisham players that there needs to be a collective change in attitude if the club is to preserve its Cecil Amey Opticians Norfolk Alliance Premier Division status. Cash’s debutants were the Premier Division’s surprise package last term, finishing second behind champions Brooke. They started the current campaign in fine fettle, even topping the standings at one stage. However, a run of four straight defeats between June 10 and July 8 has seen Garboldisham plummet down the table, to the point where they are now just one place outside of the relegation zone. With five matches left to play, Garboldisham still have time to put some distance between themselves and the bottom two — starting with tomorrow’s trip to league-leading Downham Town (1pm). And captain Cash has been forthright in telling his players an alteration in approach — particularly with the bat — is required. “We have played well in patches in all of our matches, but that is not enough,” said the skipper. “Players have been scoring 30s, 40s and 50s, but they do not win you matches. It is the 80s, 90s and centuries that do that. “There has been too much relaxing once we reach the 30s or 40s — a case of thinking that is my job done. “We did well in the first season and now it seems like the mind-set has changed. It is like we feel we have arrived and are established. “But you have to work hard. Teams that have been in this league for 15 years work hard, so we have to do the same. He continued: “The recent run has hopefully been a major wake-up call. “We have five big games left to make sure we survive in this league. “I want a team of players that want to play Premier Division cricket, because I want to play in it. If they do not want it, they will be playing second team cricket.” While the mentality may need to change, Cash has no doubt that his players have the ability to pick up the necessary results between now and the end of the season. But he stressed that the individual talent must be blended together with the right amount of application and endeavour. “It would be foolish to think we cannot go down,” added Cash. “We have to pull performances together, simple as that. “I back my boys to do it because they are a very talented group. “But talent counts for very little if you do not back it up with effort and the right attitude. “If we perform how we know we can, we will be more than fine.” A trip to the table toppers is hardly an ideal game for a team in Garboldisham’s situation, but Cash is relishing the prospect. “It always looks tough on paper when you have to play the leaders,” he said. “But we pushed them close at home (a three-run loss) and that will give us some confidence. “If we play cricket how we can, we will have a good chance of winning the match.”

Fixtures for Saturday 29 July 2017
1sts away at Downham, 2nds at home to Mundford, 3rds away at Gooderstone, 4ths no game