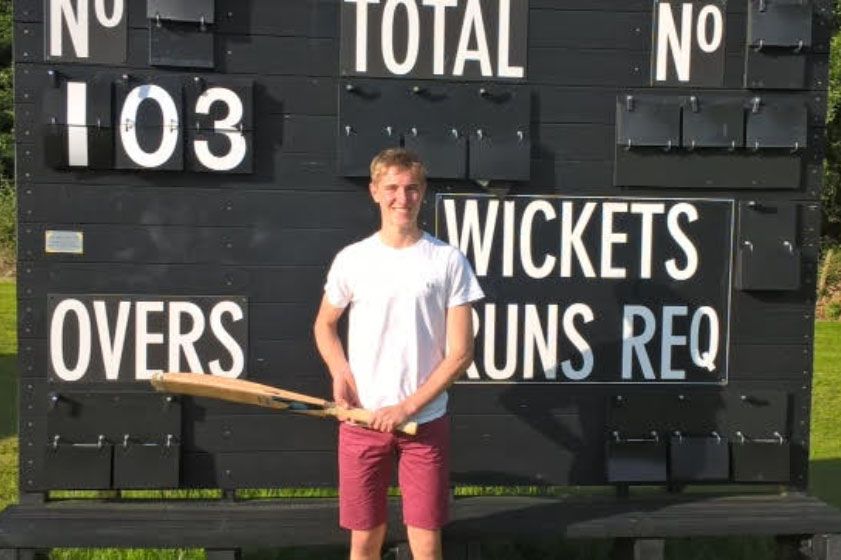 After the disappointment of Saturday’s results (1sts lost to Cromer by 79 runs, 4ths lost to Rackheath by 74 runs), 9 fine men and boys of Garboldisham travelled to Mellis. Having lost the toss, the young opening partnership of Toby Culling and Phil Carr started with good running between the wickets and put on 109 before Phil was bowled for 48.
Toby and Arthur Johnson continued in the same vein and despite Arthur offering up a simple catch that was dropped, they put on another 100 partnership before Toby retired after smashing an on-drive to reach his first ever century. This left Andrew Whilstler to find some form after a difficult few weeks and he ended 8 not out with Arthur not out 49.
After tea, the young openers George Self and Will Cunningham did a great job bowling straight and full leaving Mellis on 29 after the first 10 overs, the opening partnership was then broken by Andrew Whistler with a great spell of 2 for 26 off 7 overs. This was helped by Charlie Wright’s pressure bowling with 1-26 off 6. George Self took 2 catches and after Stuart Canham made some great stops Mellis were forced to up the rate but it was one way traffic after Dick Culling took a crucial wicket caught by Phil Carr in the leg side trap. The last wicket was taken off the bowling of Will Cunningham to wrap up a good win by 34 runs.