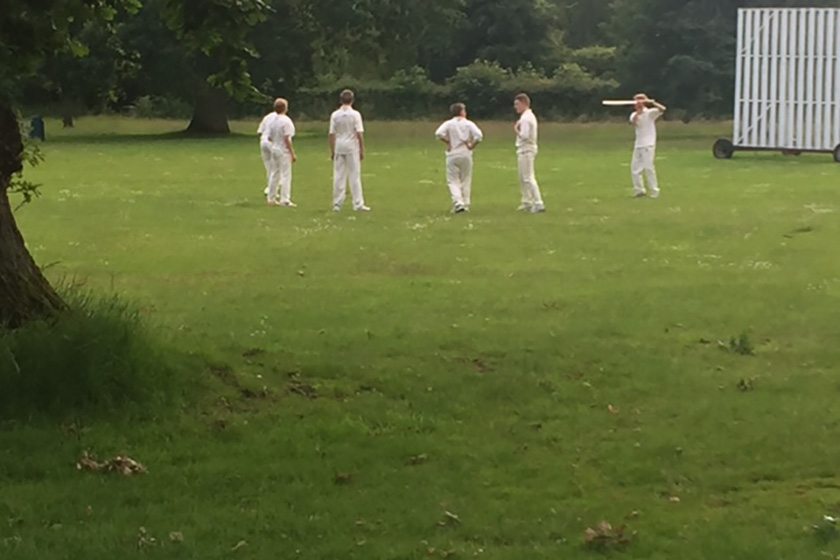 Garby opened the batting on a rather green pitch, and with a meadow of an outfield, it was always going to be hard to score boundaries. But it was no problem for Finlay M and Toby who ran well between the wickets and raced ahead eventually bringing up the hundred partnership without loss. Finlay played a stunning innings including a meaty blow to fire the ball for 6, which hit the obstructing oak tree and Toby was equally as good and they scored another 50. Finlay also picked up his first half century and they left Garboldisham in a great position as they both retired. Max and Arthur followed and continued the mood, smashing runs with ease. Arthur played a fancy reverse sweep and put the bowlers under yet more pressure to bring up a very respectable total of 136-0.

In reply Hardingham started slowly with some tidy bowling from in-form Angus which was backed up by Max. With the pressure building, Toby and Finlay paired up, yet again, to piece together a well worked run-out seeing the Hardingham opener return to the changing room for 3. No batting was to follow but Garby still had some work to do and Max E, Max Champion and George Self all delivered, taking wickets including George’s figures of 2-0-7-2. Arthur and Toby cleaned up the tail with Arthur finishing the game off by bowling out Hardingham’s last man. Final score – Garboldisham win by 107 runs. Hardingham all out for 29. An all-round good performance including youngster Hamish Russell chipping in, in the field.