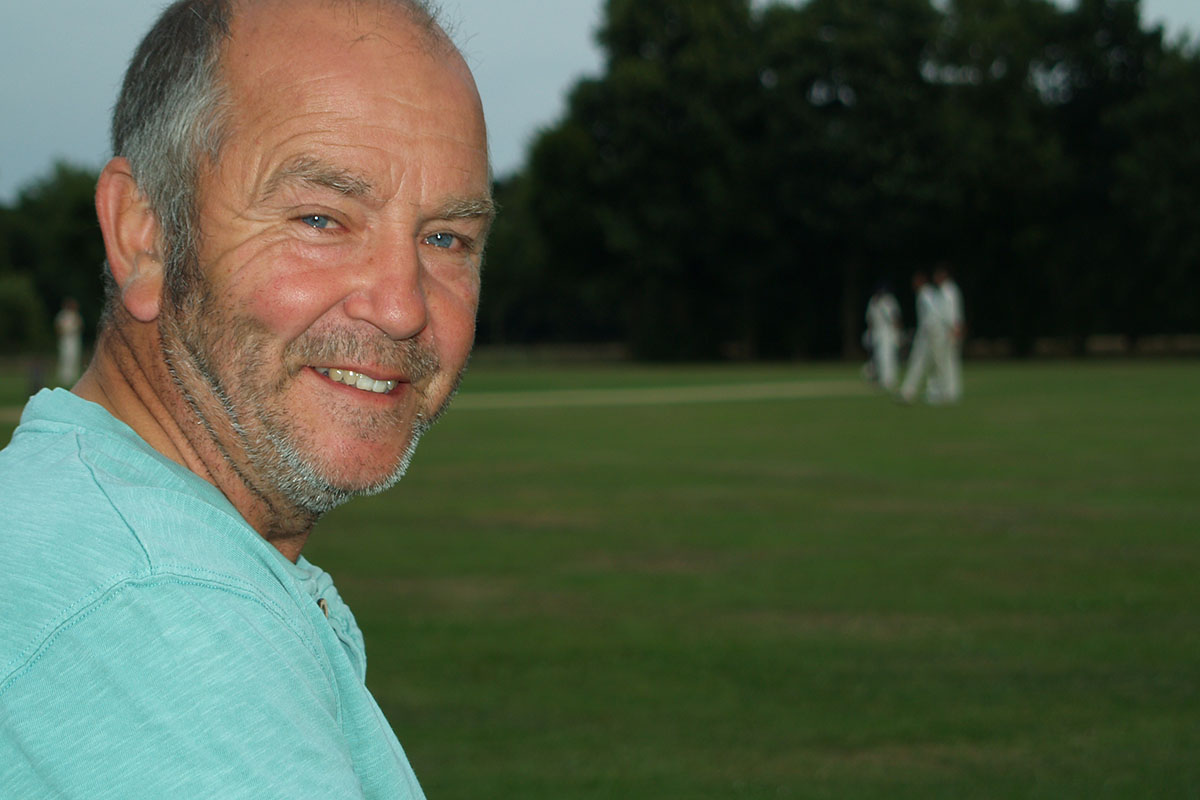 A Q&A session with Peter Barnes, our Fixtures and Fundraising secretary, and one of our longest serving club members.

What are your earliest memories of GCC and when did you first join the club? Back in 1974 I had a knock on the door late one Saturday night from David Whiting asking me to play at Aldborough the following day. That was my first game and I remember I didn’t get to bat or bowl… (At least nowadays when I’m captain in the 3rds I get to bowl). Driving home from tour when I was 14 in an old Land Rover took about 3½ hours in those days.

Explain your current role at the club. How long have you done it and what other roles have you carried out in the past? My main role is fundraising for the club which I’ve done for ten years or so. We hold several events throughout the year, most of which are well attended. They’re all good fun and they’ve made the club, and various charities such as EACH and the Air Ambulance, a lot of money over the years. Our recent event with the band Missundaztood raised £1,000 for the East Anglian Children’s Hospice. My other role is as Fixtures secretary and this keeps me very busy early in the year trying to arrange all the adult and junior fixtures – it’s all a bit of a juggling act. In the past I’ve been Groundsman and Youth Cricket manager, which I did for ten years, as well as 2nd, 3rd and Sunday captain

What are your best figures? I’ve scored five centuries in my time for the club and last year I took 8 wickets for 24 runs for the 3rds!

What’s the best ground you’ve played at (apart from The Langley of course!)? I agree with Danny and Robert that Horton House is a lovely place to play cricket. And the new tour fixture at Reed is always worth another visit. But I think Menorca would be the best with sun, sea, sangria and… paella.

What’s been your funniest moment at GCC? I’ve had so many over the years especially some of the journeys home from tours. David Whiting was always involved in lots of great times and recently the night at Poddington when Bray and Bunning entertained was very memorable. I’ve been on 40 tours and have only missed one! This year the new club song which was sang in a club in Northampton made me cry… What goes on tour, stays on tour.

Is there a cricketer that you’ve admired and that has inspired you? I’ve always been a Surrey fan and my hero was John Edrich the Surrey and England opening bat. At Garby the two best players have been our dear friend Yogi and Darryl Shailes. And I’ve always admired David Whiting who held this club together for many years.

What advice would you pass on to any youngster who is keen to become a good cricketer? Practice and repeat – the more you do something, the better you become. Talk to experienced players at your club – they can give you sound advice for free. If you can, get high quality individual one-on-one coaching so that the coach is only worrying about you. Oh, and always wear two jumpers and have lots of fun!

What do you do when you’re not playing cricket? Watching all sport and thinking GCC.

What’s your proudest moment/achievement for the club (or otherwise)? My proudest moment was when all the junior age groups at the club developed into one of Norfolk’s top junior sections which was born out by our U17s sides winning the Junior Carter Cup in 2011 and 2013. And I enjoyed promoting the club by going to coach in nine local primary schools. We’ve now got great facilities at GCC – we’ve come so far in 40 years. The club’s highest achievement may well be just a couple of weeks away…

We’ve got some great backroom volunteers at the club and most of all, Andy Smith, take a bow.

Thanks Barnesy for everything you’ve given to the club over the years..