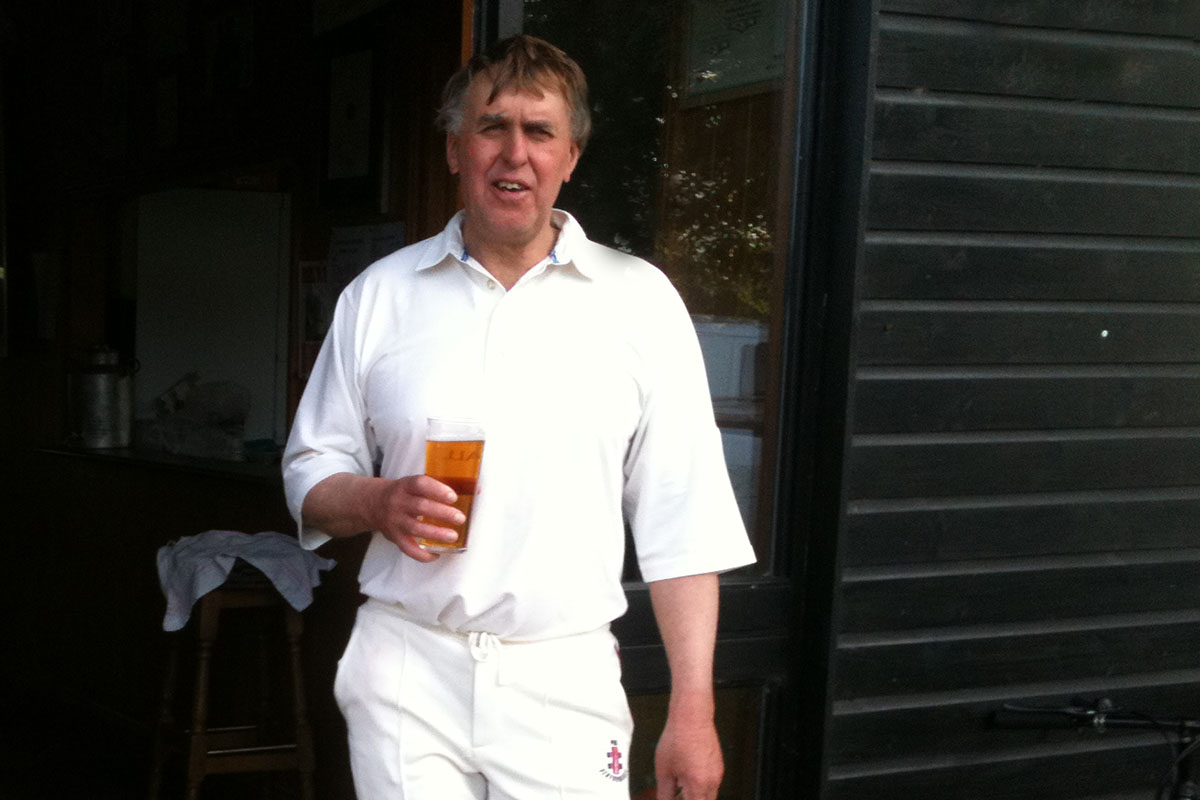 In the second of our new series of Q&As with key club members, we chat with our Chairman and club stalwart Robert Leech

What are your earliest memories of GCC and when did you first join the club? I joined the club at the start of 1981 season.  My first game was away at Wortham and I thought to myself “What ever have I done!”  Fortunately, things only got better from that point!

Explain your current role at the club. How long have you done it and what other roles have you carried out in the past? Chairman for 20 years, 4th team Captain for the third season.  In the past I have captained the first team. Initially from 1982 but I can’t remember precisely for how long as it’s so long ago but I do recall I managed to give up the role of Treasurer to become Chairman in 1995.

What’s the hardest part of your role and what’s the most rewarding? The hardest part of being Chairman is making decisions that I know will upset some members but I believe to be in the best interests of the Club.  The most rewarding has been being at the helm whilst the club has grown exponentially over the last twenty years to the point where it is now highly respected throughout Norfolk cricket.  I must add that this success has been down to the efforts of a band of dedicated and hard-working group of volunteers.  Many thanks to you all.

What are your best figures? Highest league score was 176 not out against Swaffham and managed 152 in a Carter Plate final at Diss thanks to the Brooke fielders’ inability to catch a cricket ball.  I think I once took three wickets at East Harling on a very rare bowling performance much to Tony Briggs’ disgust.

What’s the best ground you’ve played at (apart from The Langley of course!)? I agree with Danny that Horton House is a lovely place to play cricket. My favourite ground in Norfolk (apart from the Langley obviously) is Ingham. I first played there as a schoolboy opening the batting  with my father who captained Watton CC at the time. I had a season playing in Kent in 1975 playing on some lovely grounds such as Tunbridge Wells and the Vine at Sevenoaks. I also played at Ealing for Norwich Barleycorns in the late seventies which was like playing at a mini Lord’s.

What’s been your funniest moment at GCC? There have been many but most involved the infamous David Whiting…

Is there a cricketer that you’ve admired and that has inspired you? As a schoolboy my hero was the Surrey and England opener John Edrich. I met him at Ingham at the annual match between the Edrich family and the Lords Taverners. His advice was not to give your wicket away cheaply which I don’t think I’ve followed to this day.

What advice would you pass on to any youngster who is keen to become a good cricketer? Listen, practice and most of all enjoy the greatest team sport available.

What do you do when you’re not playing cricket? Farming keeps me busy and I also occasionally play golf. My handicap is following my age upwards!

What’s your proudest moment/achievement for the club (or otherwise)? There have been many over the past thirty five years. Very early on Yogi and I vowed we would drive the club from the depths of the Norfolk League into the Norfolk Alliance which we finally achieved in 1997.  I was very proud to captain the team that were Norfolk League champions in 1990 but unfortunately promotion was not automatic then. Another highlight was winning the Lady Mary trophy in its inaugural year in 1985 when we were by far the lowest placed team to be invited into the competition.  A riotous evening followed. I am, and always will be, immensely proud of how the club had developed to where it is today. When we opened the new pavilion extension in 2011 I challenged the first team to bring Premier league cricket to the club as the facilities now cry out it. I hope their current form continues and they achieve it this year.

Thank you Robert for being a terrific Chairman and for everything that you have given to the club over the years.