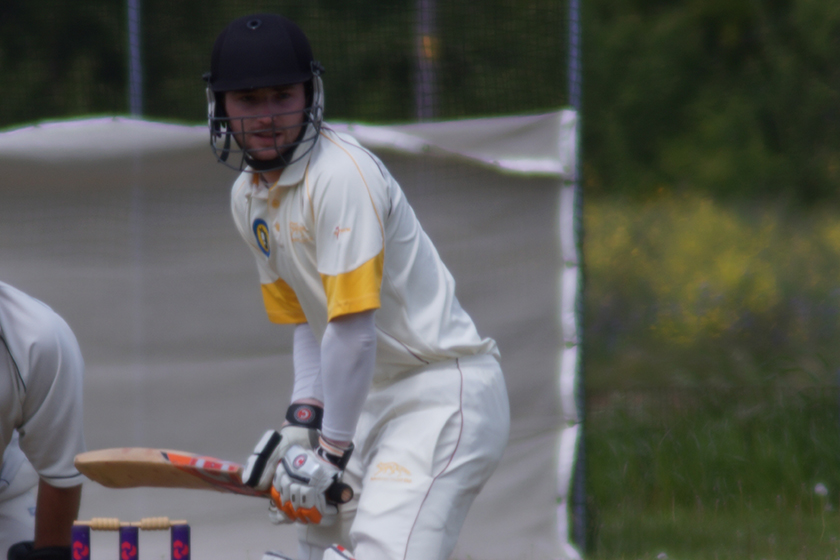 The 1sts now sit 28 points clear at the top of the Dipple and Conway Norfolk Alliance Division 1 after picking up 24 points with a massive win against Mattishall. Friday’s rain had carried on in to Saturday morning but it finally stopped to allow the game to go ahead although at a reduced number of overs – 35. Garboldisham batted first and racked up 219 for 7 with Henry Phoenix scoring 83 and being run out on the last ball. In reply, the home team were bowled out for 166 to give the 1sts their sixth win on the trot! Second and third placed North Runcton and Lowestoft were due to battle it out yesterday but their game fell victim to the weather and was called off which meant that they both picked up just 5 points each which helped Garby’s cause in their battle for promotion to the Premier league. With five games still left to play, the title race could still go any way and next week the 1sts have a huge game against Lowestoft who they lost out to earlier in the season.

The 2nds had a disappointing win at home to Division 4 league leaders Winterton. The visitors scored 216 for 7 but in reply Garboldisham were all bowled out for just 114. The only real highlight of the day for the 2nds was Jack Buckmaster’s five wicket haul.

Meanwhile on the ‘new’ pitch at The Langley, the 3rds were having a bit more joy in their game against Costessey although they did get off to a wobbly start with the bat when they found themselves five wickets down for only 40 or so runs. However, Stuart Taylor pulled one of his big innings out of the hat scoring 68 and together with a good partnership with Phil Carr (28) and runs from Tom Melvin (22), Garboldisham managed to push their total up to 179 for 7. Costessey started well in their chase and were looking very solid on 60 or so for 1 (Ben Common took first wicket). A change of bowling brought on Peter Barnes and U13 Arthur Johnson (who was playing his first game for the 3rds) and they immediately made a breakthrough with a wicket each. Arthur was bowling a lovely tight line and he caught the batsman plumb LBW. A second wicket from Barnsey with a well taken catch from John Hogg, saw the visitors falter on 70 for 4. Canny bowling from Eddie Thorne produced two more wickets from his first over and suddenly Costessey were struggling on 80 for 6. The visitors fought back and Peter Barnes was slapped straight back for six but in typical Barnsey fashion, he took another wicket just a couple of balls later as the ball spiralled high into the air off the Costessey bat only to be caught by the gloves of wicketkeeper Dan Moon. Another simple caught-and-bowled, and Peter had his fourth wicket at 102 for 8. The last two Costessey batsmen were a bit harder to dislodge and the visitors upped their score to 149 before they were eventually bowled out. Barnsey took one more wicket to snaffle up a fifer and Philip Carr got the final wicket. So a good win for the 3rds that keeps them fourth in their league.

Photos: A bit of the old black magic from Peter Barnes with the ball and Stu Taylor with the bat help the 3rds in their win against Costessey

The 4ths had a very close game against Rocklands A. It looks like Garboldisham batted first and scored 160 for 3. The home side then survived the loss of 9 wickets in their run chase and Garby just couldn’t pick up the final wicket to grab the game. Rocklands scraped home on 161 for 9. Any more details from this game would be very welcome.

* We’re pretty certain that this is a picture of Henry. Please let us know if it’s not!!!