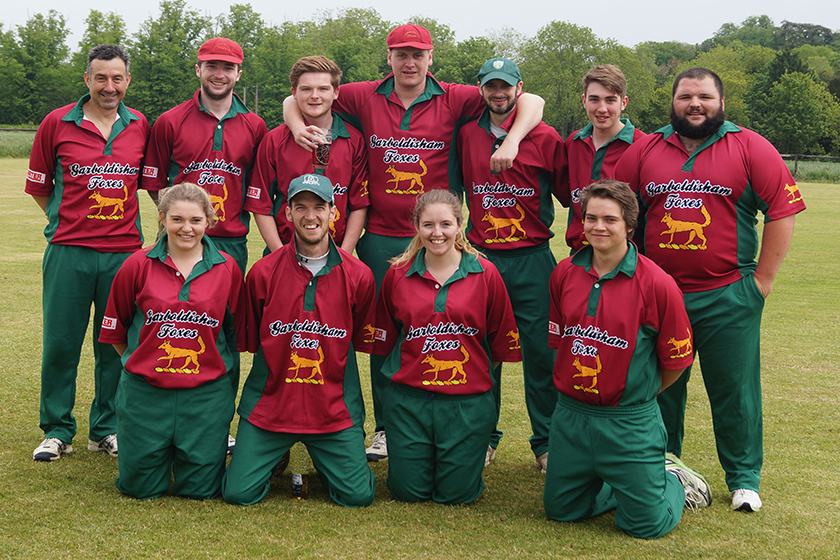 A Garboldisham Twenty 20 side pictured above, faced Scole FC and Podington CC in a three way T20 charity tournament at the GCC beer festival at The Langley on Sunday 24 May. The club had two very special polypins of bitter brewed in memory of Ian Melvin and Chris Bunning and before proceedings began, Peter Barnes declared the beer officially ready for drinking. Peter is pictured below with Ian’s widow Sara.