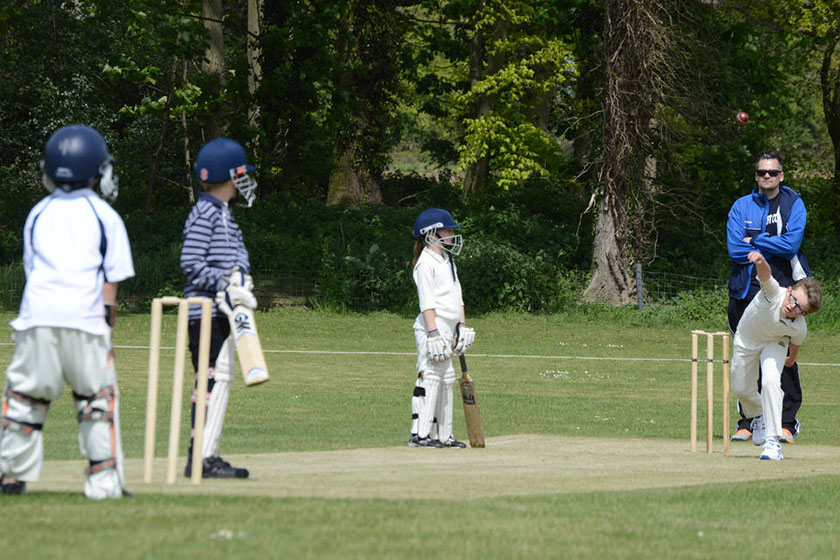 The Under 9’s kicked off their season this Sunday with their first game. This was a pretty fresh looking side with many of the players making their debut for Garboldisham.

Losing the toss, Garby were put in to field first, with Daniel Worby and Nathan Muggridge opening the bowling and getting the team off to a steady start and with Daniel ending up on 0 for 10 off 3 and Nathan finishing on 0 for 5 off 3. Nathan then went on to take an amazing diving catch off Lauren Rhind’s bowling. Henry Grey-Davies took the only other wicket leaving Topcroft with a score of 285.

Jago Bucher and Ryan Woodrow opened the batting for Garby with both playing their first ever game and doing really well for their first appearance. Daniel Flatman and Henry Grey-Davies then went on to score 14 between them. The pairing of siblings Lauren and Jamie Rhind pushed the score on to 235 and the final batting pair of Daniel and Nathan took the team to a gross score of 260, with Daniel scoring 5 and Nathan scoring 9. Unfortunately with Topcroft taking 7 wickets it meant that Garboldisham ended up with a net score of 232 (4 runs deducted per wicket)

Well done Topcroft who put on a great fielding performance! Well done to Garboldisham for doing so well with so many new players.