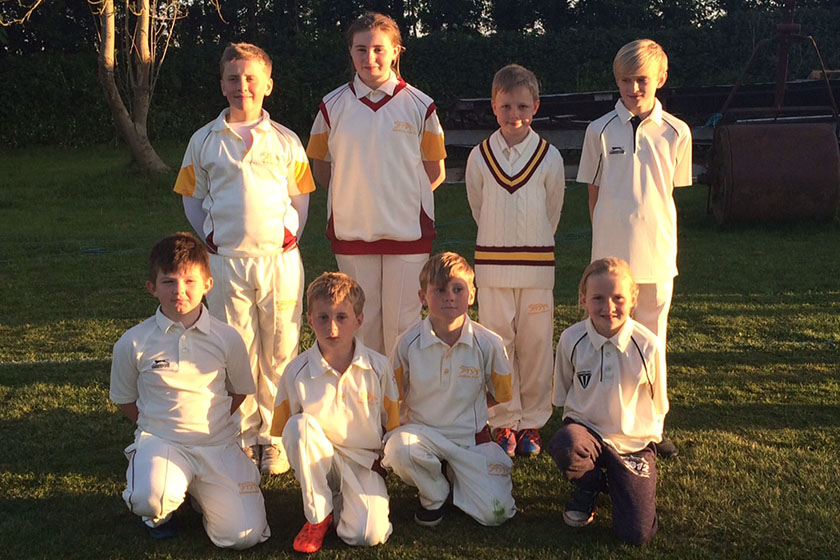 GarbyU11’s  travelled toGtEllingham on Tuesday to play them in the Norfolk Alliance League. Winning thetossGarby elected to field first and bowled and fielded really well. There was great bowling all round with special mentions to Jess Davey (0 for 8 off 3), James Davey (0 for 15 off 3) and Georgia Casey who took two wickets giving her 2 for 15 off 3. Ethan Harris put in a good wicket keeping performance in his first time taking on the role.
Garby then got off to a great start with the bat with Drew Harris and Ethan Harris opening the batting and scoring 14 between them but unfortunately also loosing 2 wickets. James Davey and Ethan Murphy then went on to put on a good partnership with James hitting a lovely four but unfortunately he hit his stumps afterwards giving the opposition another wicket. Hamish Russell and Ronnie Stevenson were the next batting pair and Hamish played some lovely shots, hitting the ball for four. Jess and Georgia finished with another good paring and Garby ended up with a gross score of 251 but with a few too many wickets this was reduced to 226 and it meant that Gt Ellingham finished as winners.
A good game all round and well done to Great Ellingham.
Lydia Raven, U11s Team Manager