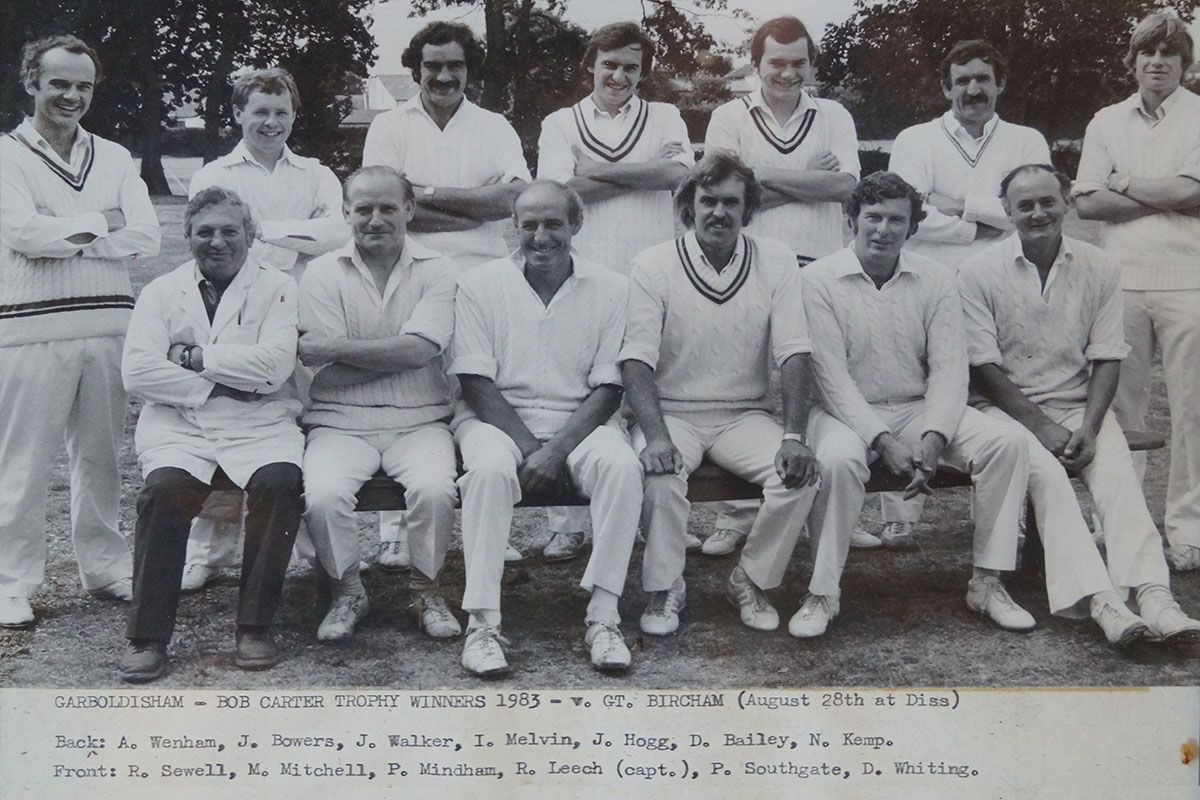 If we step back 32 years, the photo shows the GCC Bob Carter Trophy winning side from 1983. Mervyn Mitchell who sadly died last Wednesday 6 May after a short illness is pictured in the front row, second from left. Mervyn had been a loyal player, member and supporter of Garboldisham Cricket Club for more than 4 decades and he will be greatly missed.

Older and younger club members will spot some other familiar faces in the line up – Chairman Robert Leech, past President Philip Southgate, John Hogg and Neville Kemp amongst others. And of course, one of the club’s finest players and supporters – a young looking Ian Melvin, who died last December, is pictured in the middle of the back row.

Two minutes silence were held in memory of Mervyn Mitchell before the start of last Saturday’s game (9 May) between Garboldisham A (2nds) and Mundford at The Langley. The club flag has been flying at half mast.