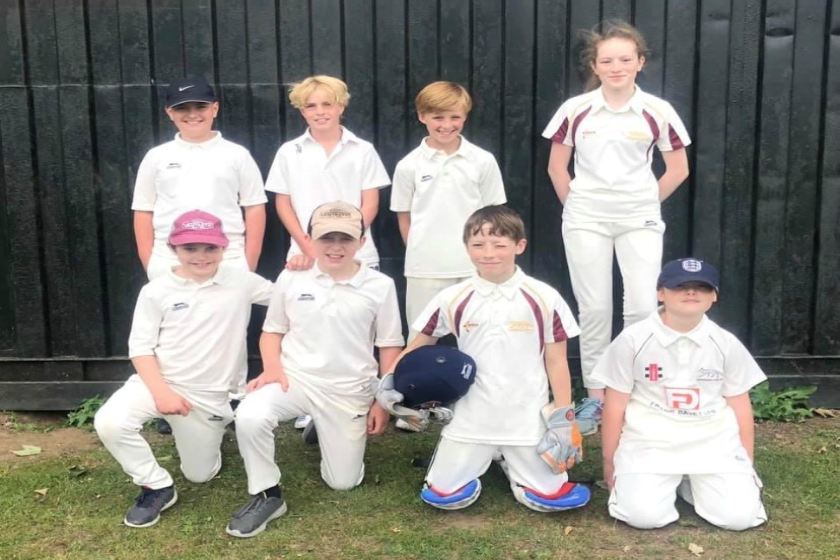 On a bright day at Rocklands Cricket Club, the hosts won the toss and decided to field first.

Garboldisham lost a wicket early on when S.Rickatson was bowled by S.Dyke for 0.
The wicket brought A.Mann to the crease to start what would turn out to be be an eventful morning for the young man. Alongside J.Cole, the young batters scampered well between wickets, stealing several runs with quick calling and alert backing up at the non-strikers end.

A.Mann did the bulk of the scoring in the partnership that was worth 78 runs. Mann was forced to retire after hitting an eye catching 31 runs.
Cole soon departed for a patient 13 ending a 15 over stay at the crease being unfortunately bowled off his pads in pursuit of quick runs.

Mann would then take centre stage with the ball and open the Rocklands chase with a maiden.
Garboldisham would take wickets at regular intervals and barring wide balls relatively economically. Mann ended up with 3 wickets and 1 a piece for Canham & Brown along side a run out for Mann. This left the home side needing 10 for victory from the last over with only 1 wicket left. Captain Perrin took responsibility and with the third ball of the over, a direct hit from Brown ensured victory for the visitors.

The game was a great advert for junior cricket bring played in tremendous spirit.
Garboldisham would like to thank Rocklands for their hospitality and professional manner in which the new regulations are being enforced.

Player of the match Albie Mann for a superb all round performance.