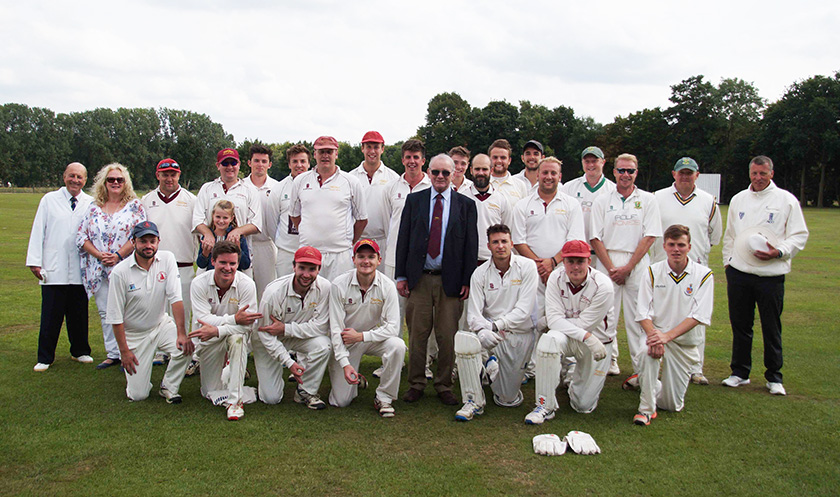 William Dewing is bowled by Gavin Barnes and sees his off stump go tumbling.

Last year’s outgoing Chairman Robert Leech was presented with a framed montage of photos in recognition of his many years as Chairman and for all the fantastic work that he has done for the club. Robert is flanked by new Chairman Paul Feavearyear and President Trevor Lambert.