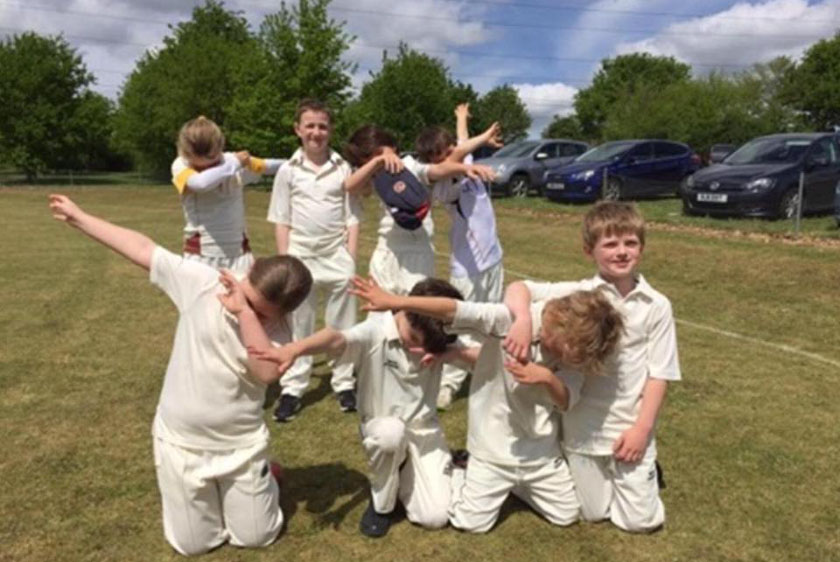 The Under 9s kicked off their season with an away match at Tas Valley. Captain Jago Bucher won the toss and chose to field.

Jago and Ryan Woodrow opened the bowling for Garby and restricted Tas Valley’s scoring opportunities thanks to their accurate bowling and good fielding by all, including Oscar Harris who was undertaking wicket keeping duties for the first time. Jago, Libby Worby, Freya Button, Oscar Baker, Johnny Wynn and Braydon Grant each got a wicket too, meaning that by the end of the allotted 16 overs, Garby had restricted Tas Valley to a total of 139 for 6 (a net score of 109).

Johnny and Braydon opened the batting for Garby and scored well, including an excellent 4 for Johnny, without losing any wickets. They were followed by Libby and Ryan, then Freya and Jago who all batted out their 4 over spells without losing any wickets. By the time Oscar Harris and Oscar Baker came on for the final 4 overs Garby were ahead and despite losing an early wicket batted well together and scored a number of runs thanks to a four and some good calls for quick singles. The match ended without any further loss of wickets giving Garby a well-deserved victory with 144 for 1 (a net score of 139).

Well done to all.

And special thanks to all the parents for helping me run the game.