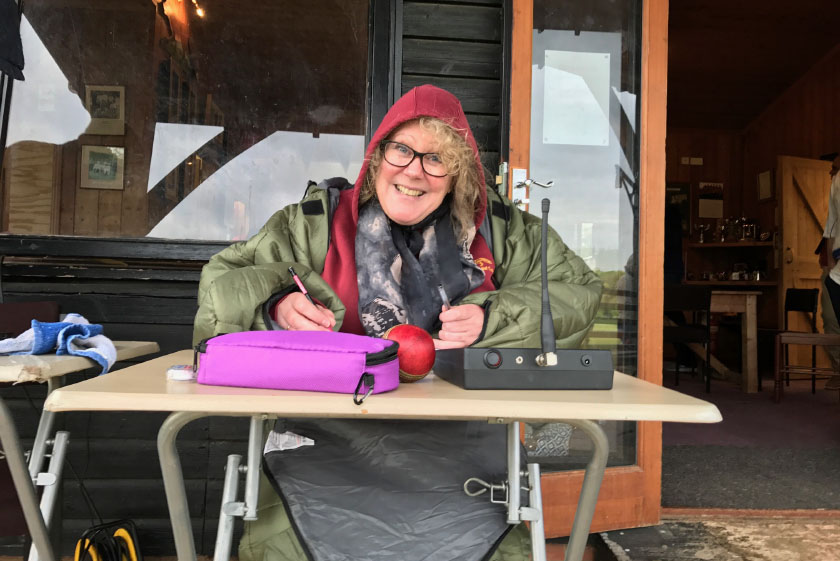 Garboldisham 1st XI were at home to Brooke CC who won the toss, and with dampness on the pitch, put Garby in to bat. Tom Davey was out lbw first ball to one that kept low and then Henry Phoenix was unfortunate to be run out at the non-strikers end when the bowler managed to get a finger on to a straight drive from Aussie, Dan Constable. Dan went on to make 31 runs before edging one to the keeper. Solid middle order runs from Alex Hogg (42), Matt Allin (32) Kieran Pask (37) and Danny Cash (15) pushed the Garby score along nicely, and with the wagging tail of James Shepherd (24*) and Rob Fuller (15), Garboldisham finished on a meaty 233-9 off 50 overs. Visitors Brooke struggled right from the start of their innings and their wickets fell at regular intervals under the sustained attack from the Garby bowlers and fielders, and they were all out for just 67 in 30.5 overs. The wickets came from Alex Hogg (3), Gavin Barnes (2), Dan Constable (2), Kieran Pask (1) and Rob Fuller (1), and the fast hands of Garby keeper Pascal Walker produced two excellent stumpings. A convincing win from captain Danny Cash and the 1sts.

An excellent 95 runs from Jack Stevenson and 5 wickets from Jack Buckmaster helped secure Garboldisham 2nd XI’s victory against Stow CC. Garby batted first and were 242 for 6 after 45 overs. Other good contributions with the bat came from Jonny Wyatt (31) and captain James Worby (39). In reply, Stow started well but a mid-order collapse left them damaged on 128-7 and despite runs from their tail end, they could never catch Garboldisham and they finished 183 all out. As well as Jack B’s 5 wickets, there were two from Luke Rackham and one apiece from Toby Culling, Sean Taylor and Dan Philpott. It’s three wins out of three for the 2nds and a great start to the season.

Back at The Langley on the new pitch, Garboldisham 3rds struggled against visitors and neighbours East Harling. Harling batted first and were 219 all out with wickets from captain Eddie Thorne (4), Rowan Freake (3) and Peter Barnes (2). Tight fielding and bowling from the visitors seemed to strangle Garboldisham’s batting and despite runs from Mark Snowling (37), Will Goulding (34) and Rowan (39) no one went on to score big, and Garby found themselves bowled out for 165.

Garboldisham 4ths lost by 6 wickets to Old Buckenham 3rds. Garby were 135 all out after 40 overs. Old Buck’ chased it down in their 34th over to finish 136-4. Unsure who got the runs and wickets for Garb’.