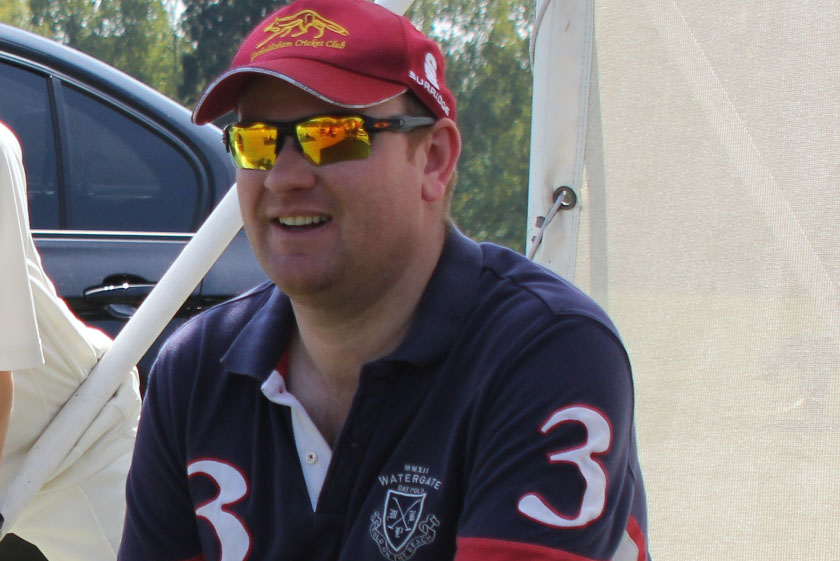 GCC 1st XI were away to Sprowston 1sts. Sprowston batted first and were bowled out in their final over for 173 with two wickets each for Kieran Pask, Alex Hogg, Dan Constable and Rob Fuller, and a wicket for Gavin Barnes, with Mat Allin picking up a run-out. It wasn’t the easiest of wickets to bat on and at the first drink’s break, Garboldisham were 4 wickets down with 103 on the board – but still in with a good chance of chasing down the home side’s total. However a middle order batting collapse saw Garby reeling on 125-9, but a tense last wicket stand of 43 between Rob Fuller and Shep dragged Garboldisham close to the line but unfortunately Sprowston snatched the final wicket to leave Garby just 6 runs short on 168 all out… Thanks to Rob Fuller for posting updates of this match on twitter.

Back at The Langley, the 2nds were up against Hardingham 1sts. Batting first, Garby scored a tasty 250-8 with captain James Worby (pictured above) finishing just a handful of runs short of a century on 93. In reply Hardingham were really up against it at one stage with 5 wickets down and just 64 on the board – but a cracking partnership between their captain and opener Brendan Scott (100) and Robbie Fowle (57*) helped claw back the game for the visitors, but never by enough, and Hardingham finished 51 runs short on 199-6. A good win for the 2nds.

Garboldisham 3rds travelled up to Reepham & Salle CC. The home side batted first, proved hard to dislodge and finished on 206-3 (35 overs). Garby struggled to find the runs and ended up 43 runs short on 164-6 (35 overs). Andy Freake scored 71 not out.

The 4ths gathered in an easy 24 points when their opponents Dereham 3rds were unfortunately unable to muster a side and called off.