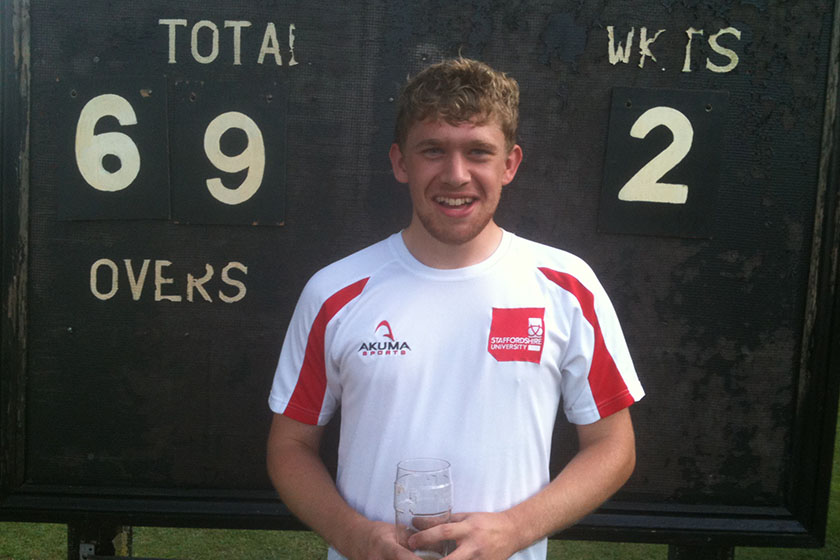 Pictured above: Phil Carr helps the 3rds to victory with a personal best score of 69 not out and two wickets

The 1st XI were away to Swardeston 2nd XI, lost the toss and were put in to bat with Dan Constable and Alex Hogg opening. Dan went on to score 55 with the rest of the Garby wickets tumbling for not many runs and it was only some late hitting from tail-ender Gavin Barnes (30) that pushed the 1sts to a more respectable 170 all out. Slow and steady batting from Swardeston saw them go on to claim victory with a 6 wicket win. Garby 1sts are still clawing on to 3rd place in the league.

The 2nds were at home at The Langley to Stow. Stow won the toss and put Garboldisham in to bat with Jack Stevenson and Jonny Wyatt getting Garby off to an excellent solid start. Jack went for 25 but Jonny went on to pick up 75. Add in to that an epic 82 from Jon Olpin and Garboldisham finished on a very healthy 241-8. Stow were no match for the Garby bowling and with 3 wickets apiece for Karl Gooderham and Rory Olpin and 2 wickets each for George Gooderham and Dan Philpott, Stow were all out for just 67 to see Garboldisham win by 174 runs. It’s good to see the 2nds hit back with a strong victory after a couple of defeats on the trot and they now have a more healthy margin of 11 points between themselves and Martham at the top of their league.

The 3rds were at home to Reepham and Salle, won the toss and put the visitors in to bat. Good bowling from Rowan Freake (3-19) helped contain the visitors score to 178-9 after 45 overs. 69 not out from Phil Carr (a personal best), plus 50 from captain Eddie Thorne and 41 from Sam Baker had the 3rds running home to victory in 35 overs for a comfortable 6 wicket win. They are currently placed 3rd in their league.

Son and father, Louis and Chris Hart (picture above) opened the batting for Garboldisham 4th XI at Hingham. Chris went on to score 31 and Garby finished on 123 for 9 after a rain reduced 35 overs. Hingham lost 6 wickets in their chase but in the end came out on top to win  by 4 wickets in the 27th over.

On Sunday 31 July, Garboldisham u11s had a close fought and exciting 1/4 final against Lowestoft at The Langley which they lost by just 10 or so runs. It was a very good performance from the whole team especially with the ball in hand, and despite taking more wickets than Lowestoft, it was only Lowestoft’s strong batting performance that, in the end, just gave them the edge. Well done to both teams for a match played in excellent spirits.