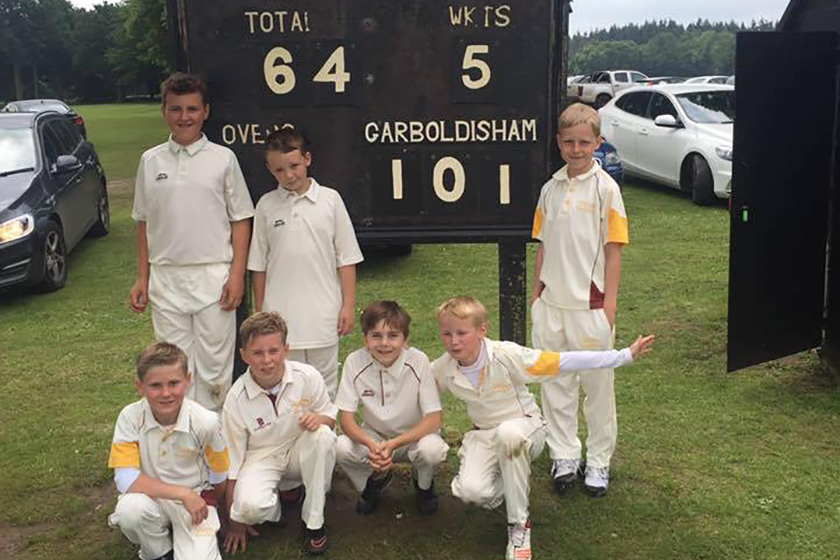 Garby lost the toss and were asked to bat. Oscar Skilleter and Ronnie Stevenson opened up and got off to a solid start before Oscar was bowled for a well made 16 that bought ‘Boom Boom’ Charlie Aldous to the crease. Yet again, Charlie played a match winning innings, batting sensibly on a tricky wet pitch, and hitting the bad balls for 4 and eventually finishing 22 not out. He was well supported by Ronnie (6), James Davey (7) and Daniel Worby (4 not out). The boys would have to bowl well to defend a slightly below par score. All bowlers did just that – bowling straight and disciplined and restricting Mundford to just 64-5 from there 16 overs. There was one wicket for Oliver Lambert and very impressive figures for Daniel Worby (pictured below) of 3 overs, 2 maidens, 4 wickets for just one run! Another win for this impressive young team. Well done to all! Match report by James Worby, U11s manager