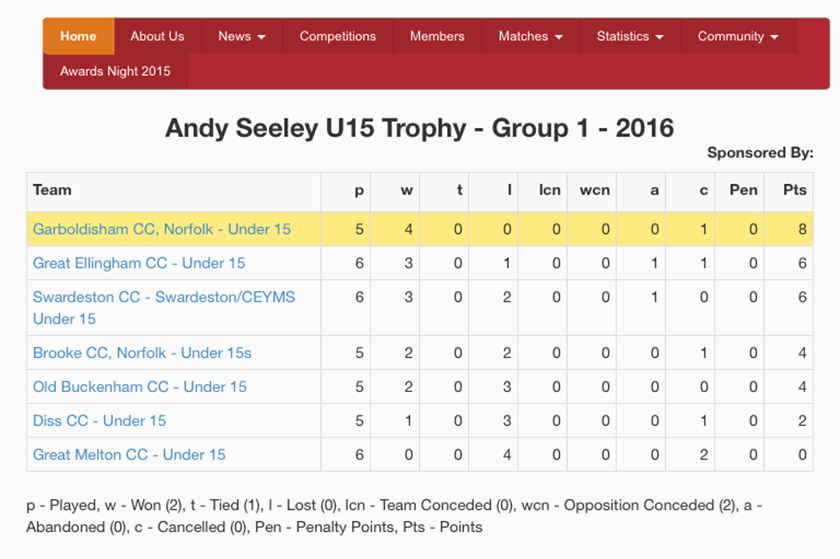 The u15 boys were sitting top of the table and needed a win against Swardeston to extend their lead, continue their unbeaten run and gain breathing space between them and their close rivals, Diss. The game started well with Garboldisham batting first and forming a strong partnership, until Toby was dismissed for the first time this season, leaving Garby 28-1 after 4 overs. Oli and Finlay stacked up the runs with Finlay playing a spectacular cover drive for a one-bounce 4. But it couldn’t last as Oli was forced to retire as he raced to 30 and Finlay picked out a straight fielder. Garby were now in a spot of bother with two new batsmen – Arthur and George, at the crease. The situation got worse as George was run out and Garboldisham were 80-4. However Max and Arthur batted very well together and somehow upped Garby’s total to a respectable 126-4.

Garboldisham started well with the ball but Swardeston looked set to punish as they got off to a good start. Angus bowled tightly to steady the run-rate and Oli took a wicket at the other end. Flynn Drinkell scored 30 for Swardeston but not much batting was to follow and some good death bowling from George (2-2) saw Swardeston finish on 107, 20 runs short of their target.

The final score was Garboldisham 126-4 and Swardeston 107-6. Garby u15s will finish top of their group table, despite having one more game left to play, and will progress through to a finals competition! (Date to be announced)