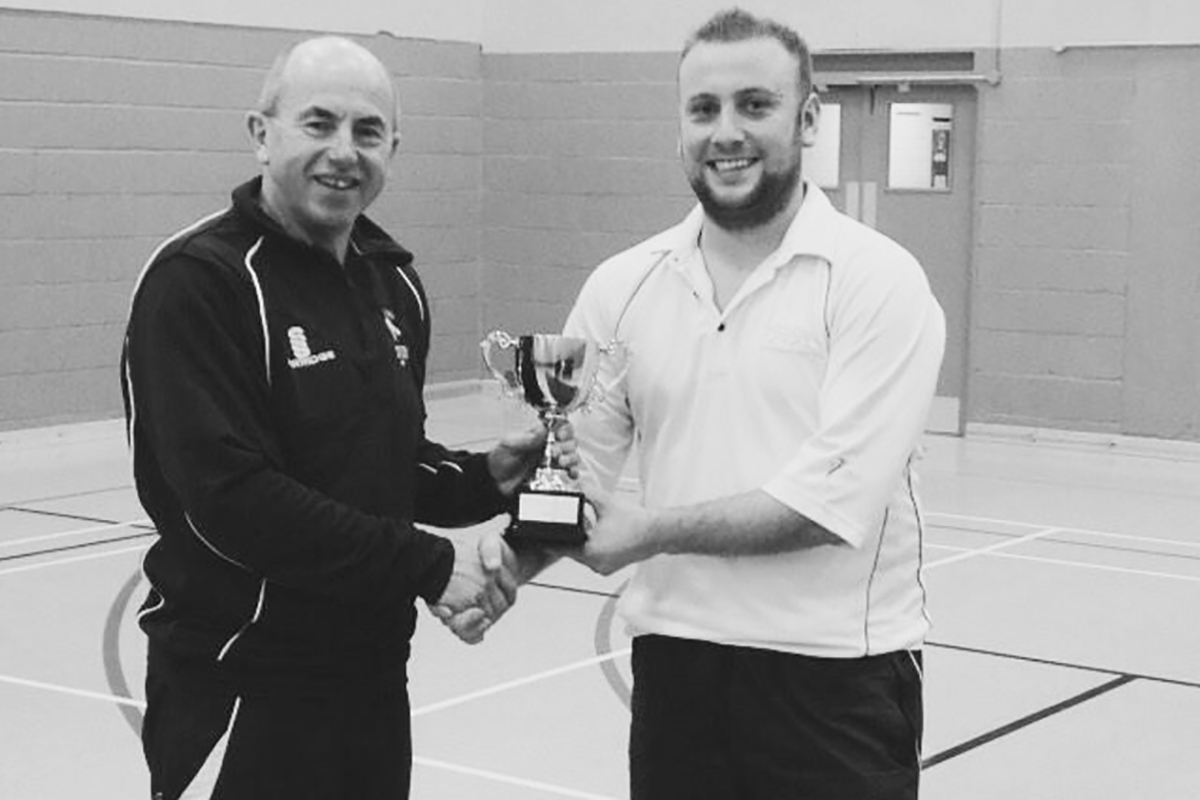 Rob Fuller and the Garboldisham six-a-side Breckland Indoor League team clocked up another win last night (Sunday 8 Nov 2015) against Mundford. Rob picked up three wickets in the final over, including an incredible one-handed catch, to win the match by 52 runs. The scores were Garboldisham 298 for 8 which gives a net score of 258 (5 runs deducted for each wicket lost) and Mundford 256 for 10, net score of 206. Garby’s victory was due in part to their fitness levels demonstrated by some great running between the wickets to pick up precious singles.

The team line-up was Rob Fuller (Capt), Paul and Sam Baker, James Worby, Gavin Barnes and Paul Feavearyear. Next week they face Old Buckenham, who they beat in last year’s final, and who have yet to also lose a game so far this season. A full list of fixtures can be found here. And if you’ve not played indoor cricket and you’re interested in the rules you can take a look at them here.