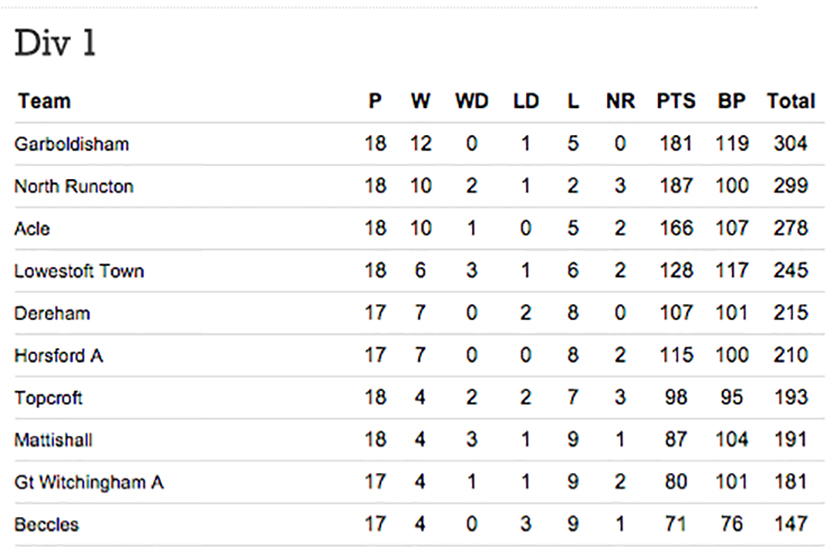 Bob Foulkes: Many, many congratulations to Danny & the team for an incredible past few years & for becoming Champions of their league yet again in 2015. It’s a privilege to have been a member of the club for so many years! Well done everyone from Robert (Bob)

Andy Tebble: Hey Mate, Congratulations to Garbo on their winning of the Div 1 title !! Three South Norfolk teams in the Prem next season will be great for the area !!

Dawn Briggs: WELL DONE BOYS! I sit at every game scoring for our 1st team and some of the comments and behaviour I hear and see is appalling…..from some of the other teams we play. So it is with immense pride that I can report that I never been embarrassed by the behaviour of our lads even when they have been provoked. They play their cricket to win yes but not at the cost of the right spirit of the game. I believe this is down to the ethos of the club as a whole and Danny as a captain. So again, well done boys, I look forward to watching you play next season.