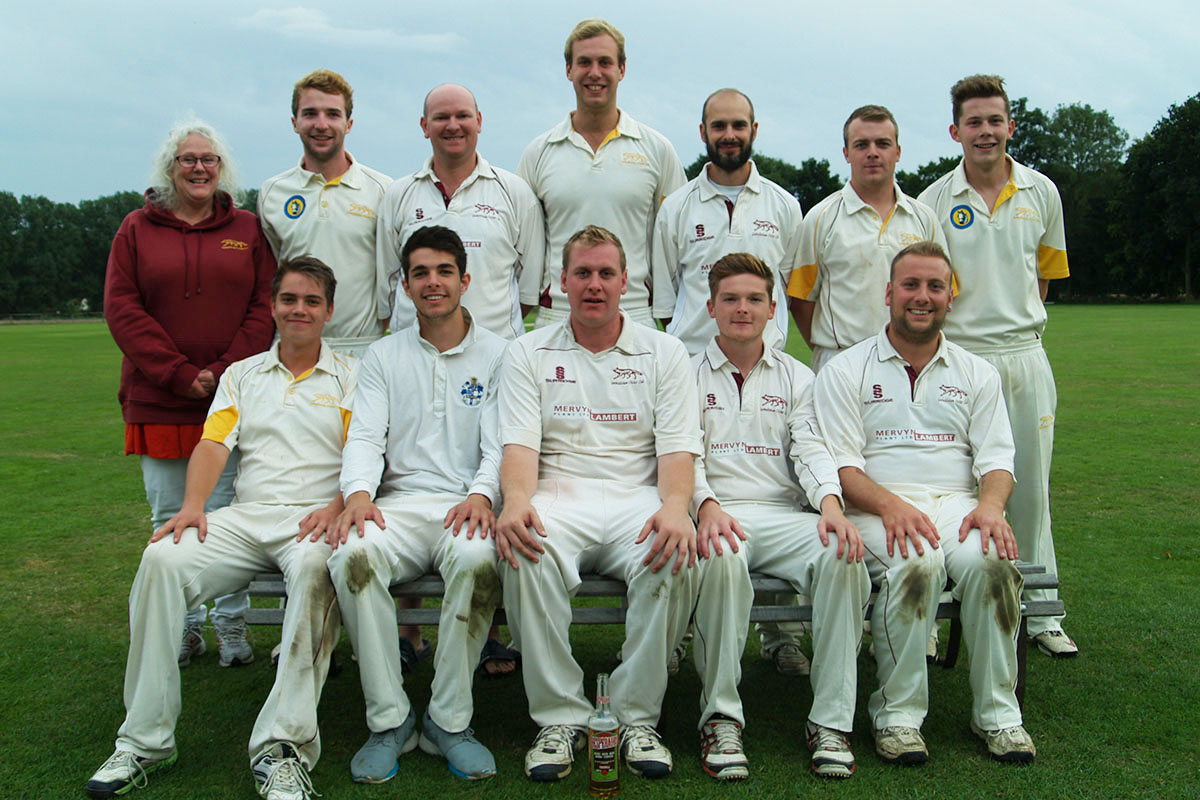 The 1sts final game of the season was at home to Horsford A. It was a game that Danny Cash and the team had to win if they wanted to leave themselves in with a chance of finishing as champions at the top of Division One of the Alliance. Horsford batted first and were trotting along just a bit too niceley with well over a hundred on the board and only one wicket down. But once the partnership was broken, the visitors wickets tumbled in a flurry, their runs dried up and they finished on 212 for 9 with Jack Buckmaster taking a fifer.

With bat in hand, Garboldisham started well enough, but a mid innings wobble saw a couple of wickets given away cheaply and the prospect of a batting collapse suddenly hung ominously in the air. However, cautious batting from captain Danny Cash and Alex Hogg saw Garby safely over the line and they finished on 213 for 5.

North Runcton, who are battling for the top-of-the-table position with Garboldisham, had an astonishing win against Beccles, bowling them out for just 28 runs… The day finished with Garby on 304 points and North Runcton just 10 points behind on 294. Of course, North Runcton still have a game in hand against Topcroft which they’ll play tomorrow on Bank Holiday Monday.  We’ll all be praying for either a Topcroft win, or rain, in order to win the league…

The 2nds had their final game last week and finished 6th in their league.

The 3rds were away to Saxlingham who batted first and scored 261 for 6. In reply Garboldisham found themselves bowled out for 162. They finish their first season in division two of the NCL in a very respectable mid-table position in 5th place.

The 4ths powered to a must-win victory at home which sees them avoid relegation. New Buckenham batted first and managed to clock up only 125 before they were bowled out. Young Tommy Ling took four of the Garby wickets. In reply, Neville Kemp and Johnny Wyatt blasted out the runs for the 4ths and they finished on 127 for 1. This win, plus the fact that Old Catton B were unable to put out a team for the second week running (which meant another 24 points deducted for Catton) ensured that the 4ths avoided the relegation zone and remain in Division 4 of the NCL West league.