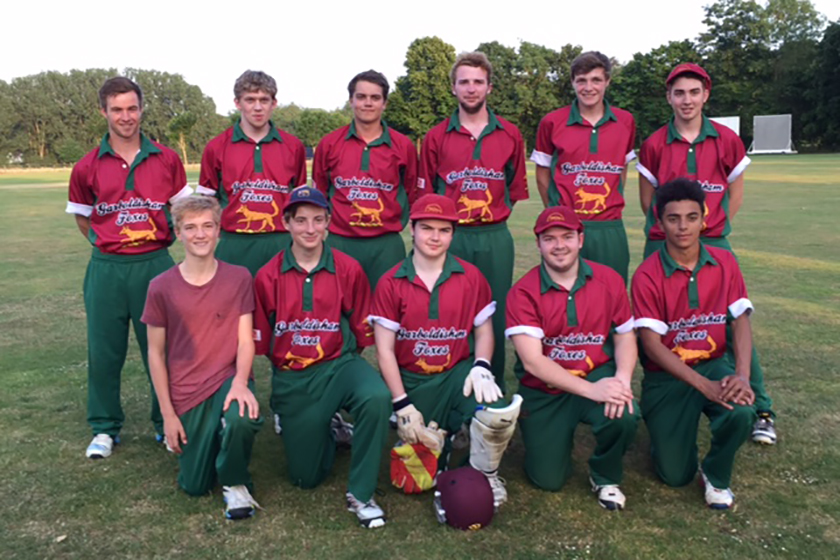 This was the first of Garboldisham U19s’ fixtures in the newly formed Norfolk t20 competition and it didn’t disappoint with lots of runs, wickets and fun. Stuey Taylor had fired up the BBQ and there was a blast of music for every boundary and wicket. The Foxes batted first and the line-up included several of the lads from the winning Junior Carter cup U17 side from 2013. Openers Matt Plater and Kristian Williman set about their business and Kristian continued with the great batting form that he’s been displaying all season for the 1sts, and he scored 52 runs with a delightful collection of shots before having to retire as per the competition rules. Captain Henry Phoenix picked up where Kristian had left off and the lads continued to find boundaries. Henry kept the scoreboard ticking over and with a plentiful supply of wickets in hand, Garby had the freedom to hit out with the batsmen able to sacrifice themselves in the push for a big total. Henry Phoenix finished on 33, Matt Plater scored 30 and by the end of the 20 overs, the Foxes had a mouth-watering 192 for 5 on the board.

This total would be a tough one for Sprowston to chase down and so it proved. The Sprowcats wickets started to fall at regular intervals as they tried to find that fine balance between scoring lots of boundaries without gifting away their wickets. But the Garby bowling attack was just too strong and Sprowston were bowled out for 88 with Henry Phoenix and Tom Davey on an impressive 4 for 8 and 3 for 3 respectively. (What were you bowling Henry? Obviously not those long hops that you bowled a few years back!!!). U15 Toby Culling had been drafted in to the team at short notice and he picked up 2 for 12 plus a catch. The other wicket was a stumping from wicket keeper Lewis Taylor who’s never one to miss an opportunity of whipping off the bails.

As Mick Ollerton, one of the Sprowston dads said in a tweet, “Well played Garboldisham – worthy winners. Great sounds, BBQ and atmosphere. Fab start to the U19 T20”. The Foxes now go on to face their other group opponents – Swardeston Sharks away on July 29 and Brooke Blaze at home on August 12. The winner of each of the three groups, plus the highest scoring runner up, will go through to finals day to be played at the Norfolk County ground at Horsford on Sunday September 6.