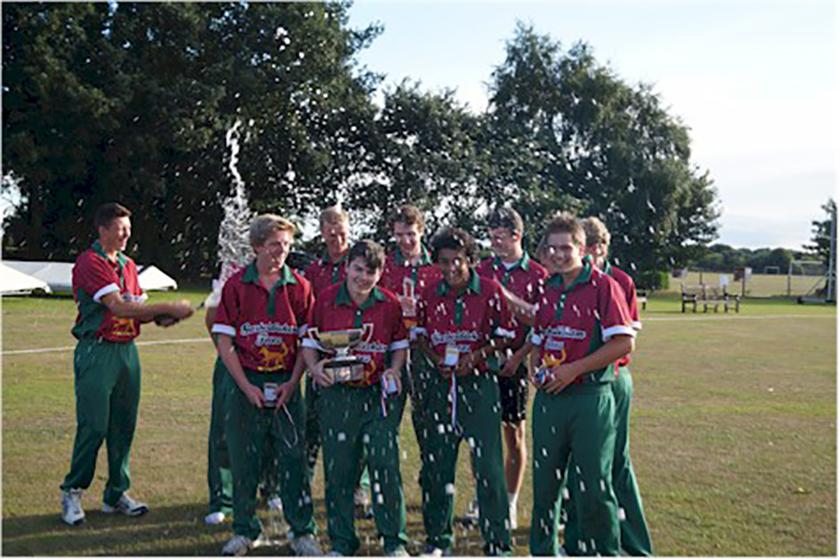 This coming Thursday sees a newly formed Garboldisham Foxes U19s team face Sprowston Sprowcats U19s at The Langley in the new NatWest club U19 Twenty20 competition. Garboldisham will be in Group 3 of one of three Norfolk groups. Each group contains four teams and the Foxes will be up against Brooke Blaze (home Aug 12), Sprowston Sprowcats  and Swardeston Sharks (away July 29). The winner of each group will take part in a final’s day. Those eligible to play will be anyone who was aged 18 or under on the 31 August last year (2014). Check details with Kristian Williman who will be organising the team.

This new Norfolk based U19 competition is part of an ECB nationwide initiative launched this year and will help replace the old Junior Carter Cup U17s competition which was twice won by GCC in 2011 and 2013. Some of the players who starred in the 2013 victory (pictured above) will be playing in the new U19 T20 side on Thursday.

Should be a great competition!

For more details take a look at the Norfolk Cricket Board website.