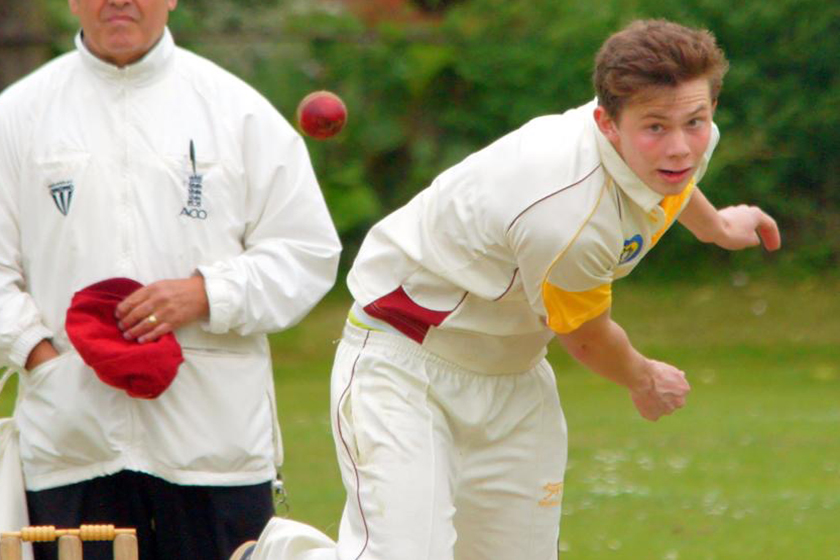 The 1sts had a terrific home win against Acle and had the game wrapped up by 4pm. It was one of those days when everything just clicked. The visitors batted first but struggled to get going as their wickets tumbled at regular intervals and they were bowled out for just 86. Young off-spinner Callum Olpin took 3 wickets, Rob Fuller and Sean Taylor took 2 wickets each but the pick of the bowlers was probably Alex ‘Hoggy’ Hogg who took 2 wickets but went for just 11 runs off 13 overs including 9 maidens! There was one run out. In reply, Garboldisham lost just 2 wickets and quickly chased down Acle’s total. Best batting figures went to Pascal Walker with 32 not out. Afterwards, first team scorer Dawn Briggs summed the game up as: “Simply amazing to watch – amazing bowling and amazing fielding from the Garby lads!”. The 1sts are currently sitting 4th in the league table.

Away to Stow A, the 2nds notched up their first win of the season and picked up 23 points! Batting first, Stow scored 186 for 8 which Garboldisham chased down for the loss of 4 wickets.

The 3rds were away to Gt Melton B who batted first and gathered in 173 runs for the loss of 7 wickets. Garby B finished on 105 all out in reply as they fought in vain to get close to the host’s total.

The 4ths struggled at home against Gt Ellingham. Garboldisham batted first and were trotting along quite well at 80 or so for 2 but then collapsed to finish on 118 all out. The word on the boundary was that if Garby could get out the first four Ellingham batsmen then they’d be in to a long and dodgy tail – but the wickets wouldn’t come. Eventually Lydia Raven, bowling a lovely tight line, scooped up the first Ellingham wicket as the batsman skied it and was caught. Youngster George Southgate took a second wicket soon after with a superb run-out: fielding at square leg he whipped the ball in to the bowler’s end to send the stumps tumbling. Good fielding from young Lewis Hart to stop a boundary and acrobatics from Pete Bray, weren’t enough, and Ellingham won the game finishing on 121 for 2.