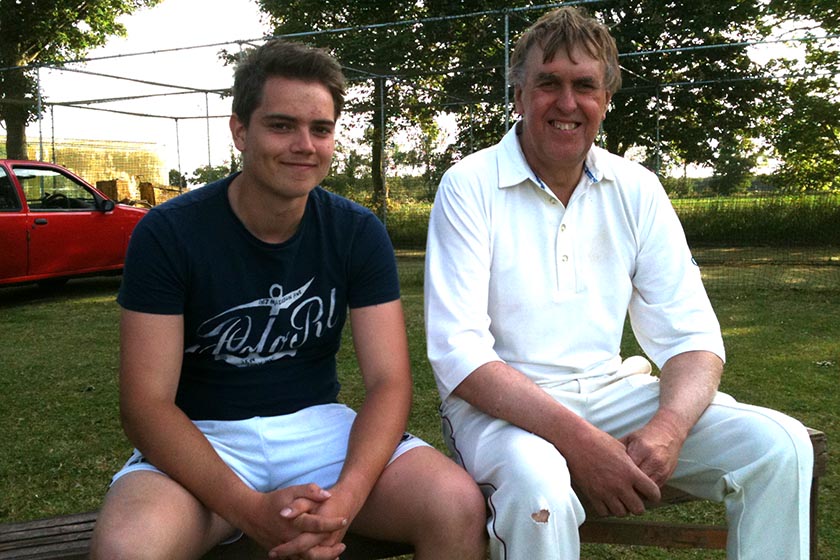 The 1sts were at home to Gt Witchingham A who, batting first, scored 223 for 9 with Alex Hogg and Rob Fuller taking three wickets each and Callum Olpin the other two, plus a run out from Ben Asker. In reply, Garboldisham chased down Witchingham’s total with about 7 overs to spare and finished on 227 for 6 with Alex Hogg cracking the final ball away to the boundary to enable Garby to pick up bonus batting points for passing the 225 run mark. Kristian Williman played another majestic innings scoring a ton and finishing on 107. Hoggy was 49 not out. This was a very good win for the 1sts and it takes them to fourth in the table.

The 2nds travelled up to Sheringham, batted first and posted a reasonable 193 all out. However it wasn’t to be quite enough and despite Garboldisham taking 6 wickets, Sheringham finished on 194.

The 3rds were away to Ketteringham Hall, just up the A11 past Wymondham. It was an exciting low scoring game with the hosts batting first and being bowled out for just 130. For a while it was touch and go as Garboldisham’s wickets started to tumble but in the end they passed Ketteringham’s total with ease to finish on 131 for 6. Another win for the 3rds that takes them up to third in their table.

The 4ths hosted Norwich Bystanders A in a high scoring game full of boundaries. The visitors batted first and gathered together a tasty 265 runs for 7 with the wickets being taken by Lydia Raven (2), 13 year-old Lewis Hart (2), Benny Goodman (2) and one for Andy Smith. Not sure whether captain Robert Leech had eaten three shredded wheat for breakfast but leading Garboldisham’s chase, he scored a superb 115, demonstrating some of his old magic and helping the 4ths to their first win of the season, finishing on 266 for 5! There were runs as well from Will Goulding on 56 and 36 from Nick Asker and youngsters Emma Rogers and Lewis Hart all added to the pot. It was a great game to watch and was played in very good spirit by both sides and it takes the 4ths out of minus points and must surely mark the start of their climb up the table.